IT specialists need to be adept at troubleshooting. A lot of our time is spent trying to figure out why something that should work, doesn’t. There’s no escaping it! A large part of our ability to identify and resolve computing and infrastructure problems is due to our extensive expertise in the field. But there is a framework that helps us uncover the answers we are looking for.”

While none of this knowledge is exclusive to CompTIA, the CompTIA A+ troubleshooting model may be found in almost every CompTIA certification. This problem-solving approach has evolved through time as a result of the collective wisdom of the IT industry, and it may be used by those just entering the field.

Identify the issue (If any) 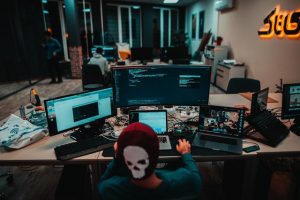 The first phase is generally the simplest: determining the subject. Incoming phone calls from users, technical support tickets, emails, log file entries, and other methods may all be used to do this. It’s not unusual for clients to raise the issue with you.

For certain problems, it’s necessary to acknowledge that their core causes will not always be obvious. It’s possible that a failed log-in effort isn’t due to a mistyped username or password but rather to a poor network connection that prevents the authentication information from being validated against a distant server. After determining the underlying reason for an issue, programming errors, or service outage, we must be very cautious about making any adjustments.

Begin by compiling a list of pertinent facts. Log files produced by the operating system might provide some of the information you require. You may also see whether the device’s settings have changed from the factory defaults. The following are other methods of collecting data:

Please be as specific as possible so that we can reproduce the issue. Use the same files and output devices that were previously used to do the same activities. Keep track of any error messages or dialog boxes that appear. Problems and dialogs may be captured using the screen capture tool.

You may want to follow up with the person(s) who reported the issue(s) to learn more about what’s going on. Some users may be afraid to call for help because they think they may have done something they weren’t meant to. Make it clear to them that you have been only there to assist them in resolving their problem with the network and/or their device. In order to form a strong friendship, you should:

As you’re chatting with consumers, you should also be looking out for signs of trouble. Among the probable signs and symptoms are:

Determine if anything has changed

Look for any alterations (device settings, upgraded hardware, updated operating system or app, cables, etc). The modification may be the cause of the problem you’re seeking to solve. There are a few methods to tell whether anything has changed:

It’s possible that many issues stem from a specific subject, including a problem with the network, but until you know with certainty, it’s better to focus on one issue at a time.

When it comes to troubleshooting, your buddies are the source of information and the internet. You may choose to begin your investigation with the company’s own repository of information if one exists. Do some research on google assuming you don’t know what to look for. The following are things to bear in mind while you’re looking for probable explanations:

Prior to heading to a specific vendor’s web page to search, consider browsing the internet for signs of the issue you have been experiencing.

Identify the theory of probable cause

Now that you’ve done your best to find answers and identify possible causes, it’s time to put together a hypothesis of the likely cause.

An obvious fix may sometimes be overlooked in favor of a far more straightforward one. Calling the help desk to report that their screen has gone dark is one illustration of this. You’re here to look into the matter. You discover that the monitor’s power lights aren’t working when you’re looking into the problem. Your display’s power wire is visible behind it when you peek around the back of it. It turns out that the power cable is not plugged into the wall socket when you follow it to the outlet.

After that, you let the recipient enter that the screen wasn’t connected to the power source. Next, the individual claims to have kicked something beneath the desk accidentally, which turned out to be the power wire from the socket. After that, reconnect the power wire to the wall and apply zip ties to bind it to the desk so that the user cannot unintentionally kick it again.

Choose a variety of alternatives

Keep It Simple Stupid (K.I.S.S.) is a mantra you should repeat to no one but yourself. You should always go with a strategy that is as straightforward as possible, even when there are other options available. Simply replace the keyboard with another one so that the user may continue with their job instead of you having to dismantle keys to get rid of the stickiness, for example.

Components and their many subsystems may sometimes be the source of issues. Consider the case of a printer. There are several components associated with the printer that might fail before a document is produced after the print switch is clicked. Subsystems for publishing have included the driver software (in the operating system), USB connection between the print device and computer (and USB port), and program (printer driver). Everything here is a risk.

To begin, examine whether the printer is switched on and if ink and toner are present. If not, then that might be the issue. Even if it doesn’t, make absolutely sure the machine and user’s USB cables are inserted into the right ports. Then try a different print subsystem until you find the culprit. Divide and conquer” is a strategy for finding and solving issues in a methodical way. 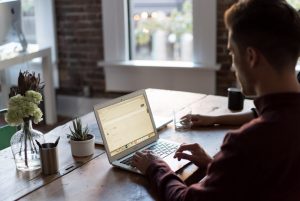 Test the CompTIA A+ Troubleshooting Theory to find out the cause

Once you’ve demonstrated reasonable suspicion, it’s an opportunity to check a hypothesis to see whether it really is the reason for the problem. Modify what you believe is generating the issue to see whether your idea holds up. Here are a few concrete examples:

In addition, assuming your initial adjustment doesn’t fix the issue, you won’t be capable of restoring the system’s former state if you didn’t capture the existing hardware & software arrangement.

In case the theory is already confirmed, find out the following steps to handle the issues

If your hypothesis is correct, now is the time to find a solution. A few samples from the preceding section are provided below.

In case the theory has not already been confirmed, find out a new theory

Developing and testing a new hypothesis should be your next step if you find that your original idea does not hold up to scrutiny. If you are sure that your hypothesis is accurate and that you have identified the proper malfunctioning subsystem, proceed to the next phase in the testing procedure.

Even if you remove a USB cable from a program’s USB connection and insert it into a system with a USB port that’s identical to the one you’re having issues with, you may not have a problem with that USB cable, but with the USB port itself. Damaged contact pins or accumulation of dirt in the port might be to blame for some of the problems. There are no dirt or broken pins just inside the Docking station, thus your next step may be to raise your issue with a higher layer of customer service.

Establish a plan of action

When the issue has been recognized and a resolution has been found, the next step is to devise a plan of action to fix the issue and assess the possible consequences. A malware epidemic may be controlled in the following ways:

During a previous round of troubleshooting, I noticed a snag just about this point. A printer wasn’t functioning, therefore the person in issue was summoned to inspect. In his office, he was surprised to find it unplugged when he arrived. There was a brief moment of frustration before he left the room. The printer was stuck and the users had disconnected it while trying to rectify the jam, which he did not understand. Instead of checking for functioning, the engineer just left.

To the extent feasible, let the people who use the technology access the system. Their knowledge of how the system should work and their ability to make sure that it meets their unique needs are invaluable assets. You may need to apply the repair to many servers or other equipment, depending on the circumstances. You may have to update the drivers on numerous servers that use the same equipment once you uncover an issue with one of its drivers. If you’re in charge of carrying out the strategy, make sure you do it meticulously.

Take note of any flaws in the strategy or any other issues you come across throughout the execution of the plan. Let someone else handle it if you are not accountable for putting it into practice.

The following stage is to verify that the system, peripheral, or device truly accomplishes what it is meant to do once you have implemented the solution. The following is an example of a test of the whole system:

When it comes to IT issues, you’re likely to run into the same ones again and time again. While it’s tempting to tackle each problem as if it’s your initial time encountering it, the ideal strategy is to keep track of the solutions you come up with and the things you’ve learned along the way so that you can go back to them in the future when you run across similar issues. Don’t forget to include any images or screenshots that can assist you or others in the future solve similar issues. IT issues may be solved much more easily if there are thorough methods available.

CompTIA A+ Cable Types & Connectors with Their Purposes

Nevertheless, this approach of troubleshooting is really just meant to serve as a reference. As you get more expertise in a particular distributed system, you’ll be better equipped to forecast the most probable sources of problems. As a supportive employee, I’d want to share one piece of advice with the next generation: to keep things simple from the beginning. Checklists for troubleshooting are a common feature of my courses.

While this may sound trite and unsophisticated, the actions listed above are important. These three stages, however, aren’t the true lesson, and also how to start basic and work your way up. The troubleshooting approach does not take into account the passage of time. Your work will often be constrained by service level agreements, regulatory constraints, or security needs.

You must be able to effectively complete the aforementioned tasks in these instances. Using a systematic approach to troubleshooting will help you locate and fix the system and network problems more quickly and consistently. For your support workers, I highly recommend that you codify this approach. 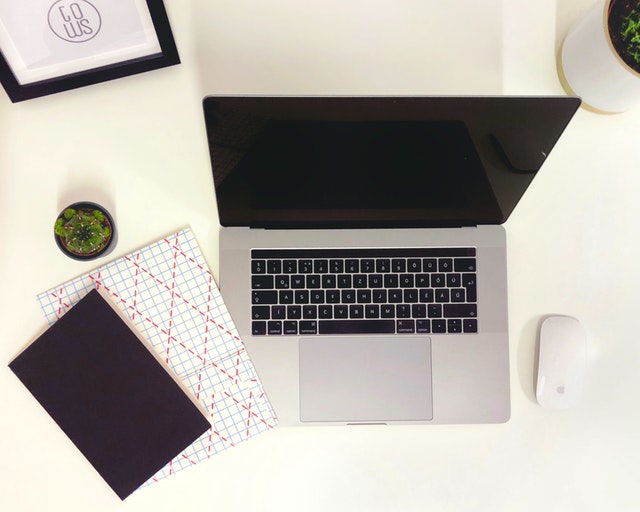 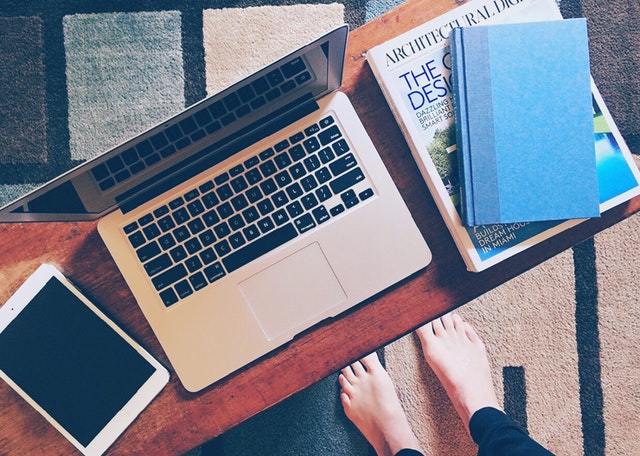 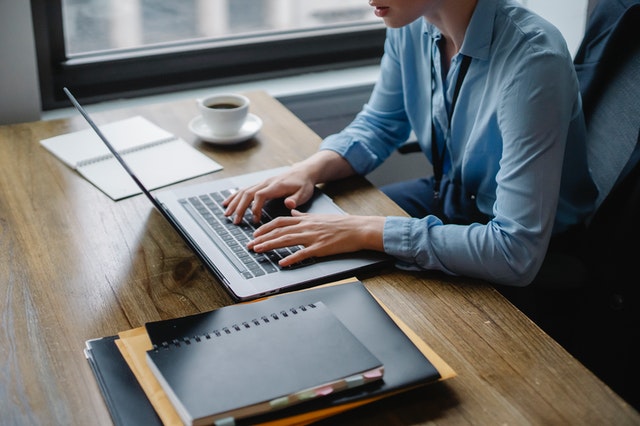