The Hesi A2 Grammar Study Guide is designed to help you prepare for the Grammar Section of the HESI A2 exam. This study guide covers all of the concepts that may be tested on this exam. It also provides tips for how to pass the Grammar Test as well as a free HESI A2 practice test source for you. We hope that this blog post helps prepare you for success! 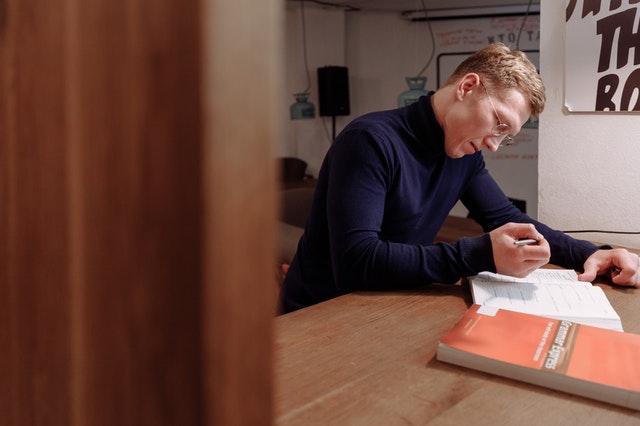 Grammar is the final test in the English and language arts portion of the HESI. Being skilled in reading and understanding written passages is very important to success in nursing school, and so is having a large and wide-ranging vocabulary. However, these aren’t enough by themselves. It’s also very important to have a strong grasp of grammar, which is basically the set of rules that govern how to use a language. Of course, there are a lot of different rules that govern how to use English, and many of them are very complicated.

Like the other two exams, it also has 55 questions (five of which don’t count). The recommended time limit for Grammar is 50 minutes, but you’ll want to check with your school to find out the actual time limit you’ll be up against. Many people who have taken all of the sections report that they found the Grammar test to be the most difficult of the three exams in the English portion of the HESI.

What’s On the HESI A2 Grammar Test?

Remember all the lessons about nouns and verbs? Well, those could come in really handy right about now! Be sure to familiarize yourself with the eight parts of speech: noun, verb, adverb, adjective, preposition, conjunction, pronoun, and interjection. It may also be helpful to know what these mean: pronoun-antecedent, subject, and predicate.

For example, you know a verb is an action or being word. Well, a predicate is just the verb, plus the other words that go with the verb.

Look at this sentence:

Wrote is the verb and wrote the letter neatly is the predicate.

This is an important concept you should pay attention to while studying for the HESI A2 Grammar Test.

Besides knowing what part of speech verbs are, you must know what form and tense of a verb to use in different situations. For instance, do you use ring, rang, or rung, when talking about a bell? The rule for this is: ring is what a bell does in the present tense, rang is in the past, and rung is in the past perfect and must use has, had, or have. Other words like this include swim and bring (there is no such word as brang). Candidates may make some very common errors with these words: see, saw, seen.

You can say, “I saw,” but not “I seen.” You have to use have or had with seen. The same goes for ride, rode, and have/has/had ridden. But never use have, had, or has with saw or rode. Yeah, isn’t the English language great?

Unless you are about 2 years old, you know that the sentence “Her went to the store” does not sound right. But what about this? Which one is correct?

– Jamie called Butch and I to dinner.

– Jamie called Butch and me to dinner.

Believe it or not, it’s the second one. The word me is used for objects and I is used for subjects in a sentence. An easier way to determine me versus I is to take the other person out of the sentence and see which sounds right. “Jamie called I to dinner” just doesn’t cut it. It would be “Jamie and I went to dinner” because “Me went to dinner” is just wrong.

Also, practice the use of him and her, as well as when to use himself or herself, instead. Oh, and there is also no such word as “theirselves.”

If you’ve read things on social media lately, you know that some people can go a little crazy with capital letters. Some people use them all the time and some, not at all. For this test, you’ll need to prove you know the rules.

Basically, all sentences and proper nouns (the name of a person, place, or thing) begin with a capital letter. So do titles of people (Mr., Dr., etc.) and a few other word types. You can find a number of lists of capitalization rules online to help you nail this skill.

There are some tricky things to capitalization, too. For example, look at the word dad in these sentences. Both are correct.

– My dad is my best friend.

Why the difference? In the second sentence, Dad is used as a name. In the first, it is not. Saying, “my dad” is the same as saying, “my ball, my dog, my pencil,” none of which need capital letters.

Punctuation basics are easy, right? A period at the end of a sentence, question mark after a question, etc. But there are some confusing points, too. Here are a few rules to remember:

Commas used in a series of words typically include one before the word and in academic writing: I had apples, peaches, and pears for lunch. This is the serial comma, or also known as the Oxford comma. It is a matter of style preference, so remember to check the preferred style guide of the institution, or school, for whom you are writing, or read test instructions, and practice consistency.)

An apostrophe used to show possession is always directly after the person/s or animal/s that actually possess/es the thing: If the bone belongs to one dog, it is “the dog’s bone,” but if it belongs to two or more dogs, it is “the dogs’ bone.”

Looking up other apostrophe rules would be a good idea. There are many.

Apostrophes are not used just to form a plural! “I love my baby’s” is just not right. It should be babies.

Quotation marks: Generally, all other forms of punctuation are written inside the quotes. Jean said, “I am the oldest person here.” And “Hi!” said Tom.

The English language has many confusing words. The Grammar section of the HESI exam will test your knowledge of a few of them. To prepare for this section of the test, take note of the following reminders:

Know the differences among your/you’re, there/their/they’re, and its/it’s. You should be able to split any two words that are joined with an apostrophe into those two words and have the sentence still make sense.

Example: “I saw you’re house” may sound right, but if you split you’re into two words, it becomes “I saw you are house,” which is not right. By the same token, “Your my best friend” is not right, either. This time, it is supposed to have the equivalent of you are in it, so “You’re my best friend” works.

Other tricky words to study include: accept/except, effect/affect, and advice/advise. Example: He gives advice. But, He did not advise her.

Know when to use lay and lie, less and fewer, harder and hardest, etc. Trick: Use -er ending when comparing two things and -est for three or more.

Its is the only possessive that doesn’t have an apostrophe. It’s, with the apostrophe, means it is.

Some of the questions will ask you to decide which form of a sentence is correct. What this means is, “Which form makes the meaning most clear to you, the reader?” This may involve punctuation or word usage. There may be two answers that are actually correct, but only one of them is best.

For example, Jane was just thinking of John, not Tim, when she ran into him. (It is not clear who she ran into.)

This is better: Jane had been thinking of John when she ran into Tim.

It would probably be a good idea to know what each of the following items means and to be able to tell if a sentence has them and where they are in the sentence:

Some of the questions in the grammar subsection of the test will be related to clauses, word pairing, and common grammatical mistakes. For example:

Read the following sentences and identify the correct missing words

Word pairs are words that have similar meanings and uses and can be easily confused. In the first question, the answer is who. Sometimes, people will use that instead of who, but who should be used when discussing a person. The second answer is whom, which is only used in the objective case (when the pronoun is the object and not the subject), rather than the nominative case (referring to the subject).

Tips to study for the Grammar section

There are some tips you should know and remember when studying and taking the test:

A great way to study Grammar is to read a lot, so practice reading the newspaper as if you were going back in time – without an Internet connection!

Where you can find the HESI A2 practice test resource? We highly recommend that you use our HESI exam training website with a complete HESI A2 study guide and practice tests with explanation, and short assessments to measure your understanding. It can help you prepare for exam day by giving you a strong grammar foundation.

Thousand of HESI A2 practice questions and various full practice test will help you boost your knowledge and get 100% familiar with the test format. Take it now!