To become a licensed pharmacist, one of the many difficult requirements is to get a passing score on the NAPLEX. Your preparedness for licensing and entry-level pharmacy jobs may be determined by boards of pharmacy based on your performance on the NAPLEX, which is a test that examines the breadth and depth of your knowledge of the pharmaceutical discipline. You will normally take your results, which will indicate whether or not you passed the test, seven business days from the date of your exam. So, what is the NAPLEX pass rate, and how do you interpret the results of the NAPLEX? Check it out right now!

On this website, we offer thousands of free NAPLEX practice test questions to help you thoroughly prepare for this exam! 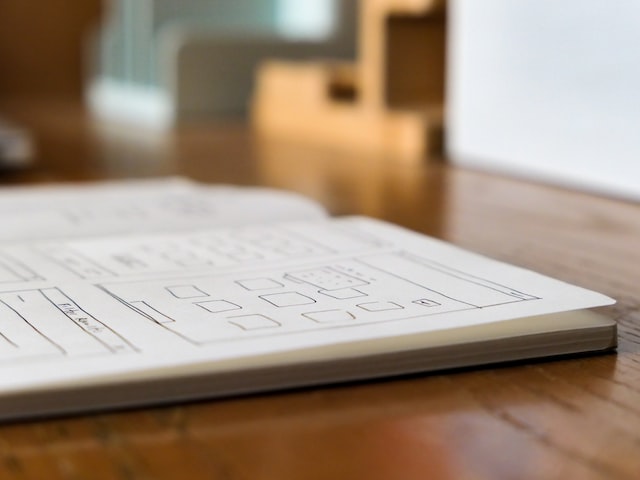 How is the NAPLEX Scored?

Exam results will only be given as “Pass” or “Fail” beginning in January 2021; a numerical score will no longer be supplied. The “pass” criterion is based on the test’s long-standing, validated scaled score cut point of 75, which shows that the minimal competence to practice pharmacy autonomously has been attained.

When a person obtains a result of “fail” from the NABP, the organization delivers a performance report that contains extra information on all of the competence categories.

An item response theory model is used to determine a candidate’s score on the NAPLEX. The model determines a candidate’s “actual score,” which is often referred to as “theta”, on an ability continuum by taking into account the features of the test questions as well as the candidate’s pattern of right and wrong replies. The theta scores are converted into scaled scores, which are then communicated to the candidates and any other relevant parties.

Scores on the NAPLEX range from 0 to 150, with higher scores signifying greater performance; the minimum score you need to achieve to successfully pass the test is 75. The typical result on the NAPLEX is a score of 100. You will be required to retake the test if you have a score that is lower than 75.

On the NAPLEX, every single question can be mapped to one of two primary content areas:

Scores are determined for both of these content categories individually. The theta score for each topic area is determined by using the performance on all of the exam questions included within that particular area. Following that, the theta scores for each content area are converted to scaled scores for the sake of reporting.

When you take the NAPLEX®, you receive a scaled score rather than a raw score based on how many questions you got right or wrong. Instead, your final score is an independent value that is determined by factors such as the number of questions you answered correctly and the level of difficulty of the questions you were asked.

Why do some applicants still get a numerical score while others do not?

At present, the NABP sends the results, which include a numerical score, to the board of pharmacy for the state that the applicant has specified on their NAPLEX application. It is up to the discretion of each state board to decide whether or not to communicate numerical results with test-takers in their state; nevertheless, the vast majority of states do not reveal the numerical scores of their candidates. Although candidates in certain regions will still be given a numerical score, this outcome is significantly less frequent than the “pass” or “fail” designation.

What is the NAPLEX Pass Rate?

On its website, NABP provides users with access to the organization’s yearly pass rates for the NAPLEX. The following is a list of the overall pass rates for graduates who received their degrees from programs that received accreditation from the Accreditation Council for Pharmacy Education (which is also known as the ACPE) during the period from 2019 to 2021.

You can also check this table for more information: 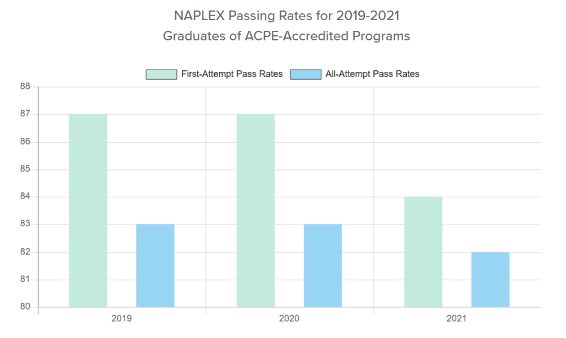 How to check your NAPLEX result?

By applying the NAPLEX, you are giving the NABP permission to disclose the results of your test to the pharmacy board in your state. The National Association of Boards of Pharmacy (NABP) will transmit your testing results to the boards from which you are requesting licensure as well as any jurisdiction to which you have demanded a transference of your NAPLEX result unless the NABP has decided to withhold or invalidate your academic results. After taking their examination, the majority of applicants will get their NAPLEX results around 7 days later.

The majority of states will post NAPLEX results to the candidate’s NABP e-Profile once the exam has been taken. Candidates may get access to their results by entering their profiles and choosing the “Exam Services” and “Exam Results” pages respectively after they have been assigned a unique login and password. Even if a candidate gets a result showing that they did not pass the test, they are still able to read their Candidate Performance Report by choosing “View Report” underneath the “Test Results” section on their e-Profile. This report will contain supplementary data and information about the performance of the candidate.

As we mentioned above, the NAPLEX pass rate is quite high, so you don’t need to worry too much about whether you can pass this test or not. Instead, prepare well enough and be confident to ace this test. Good luck to you!