Both the CTAF vs UNICOM are always considered useful systems that pilots often utilize in order to communicate with one another. Each service has a unique purpose and conveys a unique message. It’s possible that the words and when to use them may be unclear to you if you’re just starting out in the field of flying or if you’re a student pilot.

In this article, we will provide you with comprehensive and up-to-date viewpoints on CTAF and UNICOM, combining the definition of both terms, the main differences between these two, and how/when to use CTAF vs UNICOM. Let’s follow this article to absorb useful information! 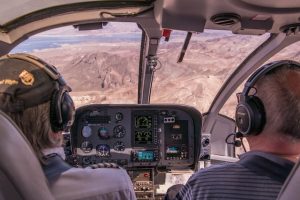 CTAF is an abbreviation that stands for the Common Traffic Advisory Frequency. It is a reference to the very high frequency (VHF) radio frequency that pilots at non-towered airports throughout the United States utilize for communicating with one another. The CTAF frequency gives flying aircraft the ability to communicate their position and purpose to one another.

Airports that only run their control towers part-time utilize this frequency in their communications. Even though the majority of towered airports close their terminals during the night, these airports typically keep their runways and other areas open for operations such as cargo handling.

Therefore, pilots who operate around this period of ‘no control tower’ depend on the CTAF facility to verify their location and then acknowledge any other aircraft in the airfield traffic pattern. This ensures that they are able to coordinate their arrival and departure process smoothly and securely.

The abbreviation UNICOM stands for “Universal Communications,” and it can be understood as an allocation of CTAF allocation. It is a non-government network device that provides communication from the ground to the air as well as from the air to the ground.

At public-use airports, a typical UNICOM station operates on a single interpersonal communication and provides passengers with airport information. Some airfields will continue to provide UNICOM services throughout, while others will only switch back to providing the service after the tower has been deactivated.

According to this procedure, in order to broadcast your intentions as a pilot, you will be required to phone a ground station that is not affiliated with any government. Pilots who join the Frequency at a later time have the ability to make a request for field warnings such as wind speed and direction, meteorological information, a preferred runway, or even previously announced congestion.

The provision of advising services at uncontrolled airports and aerodromes is the primary function of a UNICOM station, which is often run by a commercial organization that is not involved in air traffic control. Even at airports with towers, it is a wonderful tool for providing non-flight services such as requesting a cab, for example. The most common use for a UNICOM is at airports that have low-volume traffic and do not have an operational control tower.

CTAF vs UNICOM: What Are the Differences?

CTA and UNICOM are interchangeable in the sense that both are utilized by pilots to make “blind calls” to obtain data regarding an airport’s departure or arrival (which are also commonly known as “traffic notifications,” this information includes details regarding the wind direction, who is in the circuit, which runway is being used and other similar details).

Nevertheless, the two communication services are utilized somewhat differently due to their inherent distinctions. 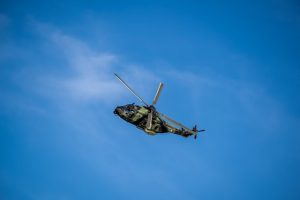 When the tower is closed, the frequencies of the part-time tower return to CTAF, meanwhile, the frequency on which Unicom operates is different. What you say when you make a call on a frequency that is shared by CTAF and UNICOM will have a direct impact on the answer that you get. For instance, you may self-announce your location to another aircraft by calling “Traffic” on the CTAF frequency. This will allow the other aircraft to locate you. In this scenario, you do not anticipate receiving an answer.

When you need to speak to someone at the ground station, you may do so by dialing the UNICOM number. It is not improper to seek guidance from UNICOM since it is common practice among pilots to do so. The only issue that arises is the quality of the information that you anticipate receiving in response to your request for advice. You may get information of top quality at times, but other times you may receive information of low quality or even possibly none at all.

If you have a UNICOM that is of high quality, it will provide you with information on the winds and the runway that is not in use (meaning it is not the preferred or best runway). However, due to the development of AWOS (which stands for Automated Weather Observing System) stations, the significance of the UNICOM service has significantly decreased. The AWOS system provides the capability to get regular updates on the winds.

By listening to the CTAF, you will be able to determine which runway is being used the most. If the CTAF provides no useful information, you may either choose a runway based on the winds shown on the AWOS or use the favored runway system that is outlined in the AF/D.

The majority of non-towered airports throughout the United States use the same frequency for CTAF and UNICOM communications. This is the case with most airports. Before you begin operations at any airport, it is strongly recommended that you consult the Airport/Facilities Directory (Chart Supplement) and/or your sectional charts to quickly ascertain the frequency that should be used for the CTAF.

If you phone a ground station (UNICOM) that does not have any people controlling it, you will most certainly not obtain an acknowledgment. In this scenario, you need to self-announce both your location and your objectives by using a CTAF frequency to broadcast the information. This is a very simple task to do since the frequency of the CTAF and the UNICOM are often the same.

Both ground stations at an airport that has a part-time control tower and a part-time UNICOM will often utilize the same frequency to communicate with one another. This is done to avoid any potential for misinterpretation.

You may utilize many of the UNICOM stations, which are often managed by a fixed-base operator (FBO), to request additional services such as taxi services, gasoline trucks, and outbound phone calls, to mention a few examples.

IMPORTANT: Keep in mind that the frequencies used for CTAF and UNICOM services are shared by a large number of non-towered airports in the United States. As a result, you may listen to traffic and circuit calls coming from more than one airport. Because of this, it is essential to utilize the name of your airport at the beginning and conclusion of your message to guarantee that you get information of a higher quality.

So what are the main differences between CTAF vs UNICOM? In short, the CTAF frequency is often utilized for air-to-air communication purposes, while the UNICOM frequency is utilized for communication from aircraft to ground and vice versa. Even though the two systems are distinctive in a few key respects, pilots make use of both to communicate their locations and intentions, as well as receive traffic alerts.  They are all useful depending on your intended use, so read this article carefully and consider which one is the best suited for you.