When flying a drone, one of the first and foremost you should pay attention to is its altitude. Because of federal regulations, there can be drone altitude limitations appearing in your region. Due to an unusually high air traffic density, you can even be subject to a reduced altitude restriction if you’re flying in regulated airspace with a special permit.

However, due to unit variations, there is perpetual ambiguity when measuring and interpreting altitude figures. MSL vs AGL is the two that are most often mentioned. What are the differences between these two, and how and when should I utilize each one? 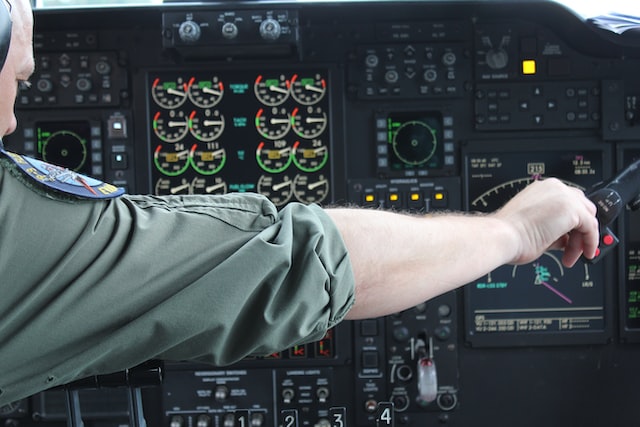 Mean Sea Level, or more precisely Above Mean Sea Level, is what MSL stands for. The Mean Sea Level (MSL) is utilized as a reference for determining an altitude’s value; because of this, the value remains the same regardless of the topography that you are flying over. The sea level can fluctuate and not be constant over time, however, studying the seasonal and short-term variations of tides for such a long period can lead to a universal determination of the value of the sea level.

In case you want to figure out how the weather affects the operation of the drone while it is in the air, you will need to analyze its altitude expressed in terms of MSL units. Whether you’re looking at it in AGL or MSL units, the association between air pressure and MSL height is the whole foundation for how your drone can compute its altitude. This holds true regardless of whatever unit you’re using. The altimeter on your drone has to be calibrated at sea level, where it can perform a baseline measurement of the atmospheric pressure.

What is the AGL?

AGL is an abbreviation of “Above Ground Level”, and it refers to the height from the ground level. Although MSL is regarded to be the “actual” height, AGL is the altitude that is most often used in aviation. When flying in close proximity to a preexisting facility or aircraft’s takeoff point, the altimeter on your drone, and also manned aircraft, will utilize the AGL reports.

Because of the AGL altitude, the drone pilot always has a reasonable indication of how far away the ground is, which is important for giving a sense of awareness to the drone pilot. On the other hand, you will only have this sensation of awareness in case you are not too far from the takeoff point. When it comes to estimating the AGL altitude for manned aircraft, the pilots of such aircraft must work in conjunction with airports and other air traffic facilities. This is particularly important when the aircraft gets closer to a landing strip.

The fact that the AGL altitude depends entirely on the height of a single reference point is, of course, a significant limitation of this method. Drone pilots may think that they are flying smoothly above any obstacles, which might give them a wrong sense of security and increase the likelihood that they will crash their aircraft. If you are piloting a drone, you need to make sure that you have visual contact with it to prevent crashing into obstacles.

What Are The Differences Between MSL vs AGL?

When used in the appropriate contexts, MSL and AGL altitude values may be just as helpful as one another. If you are still uncertain about whether it is appropriate to make reference to MSL or AGL, the following are a few examples of common situations of drone pilots:

MSL is popularly utilized in sectional charts by default

Sectional charts are essentially maps of the national airspace that cover the whole country. These charts provide information on restricted airspace and obstructions in the flight path. Because the characteristics of such a large-scale map need to be measured consistently, almost all of the features on sectional maps include MSL altitude readings. The altitude ceilings of controlled airspace, however, come with a distinct AGL measurement that is denoted by parenthesis. In the event that you are unable to differentiate between the two, all you need to keep in mind is that AGL altitudes are lower than MSL elevations.

The normal height restriction for drones flying in uncontrolled airspace is set at 400 feet, making it one of the most significant aspects of the law that has been enacted regarding drones. The reason for the restriction is so that a 100-foot buffer is kept from the minimum cruising altitude of manned aircraft. This is the logic for the limit. However, if a drone is flying within close proximity to a major building, it is permitted to fly higher than the 40-foot restriction that normally applies.

AGL readings will be used to determine compliance with the 400-foot restriction that is imposed by these regulations. This indicates that you may take your drone to the peak of a mountain, take off from there, and fly within 400 feet of AGL even if you are already at an altitude that is higher than 1000 feet based on MSL. The logic behind this is that piloted aircraft will make adjustments to their cruise altitude in accordance with sectional maps when flying within the proximity of a tall structure. 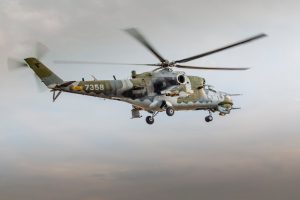 MSL is more dependable when flying over variable topographies

Altitude may rapidly shift is a challenge when you’re trying to maintain it based on the AGL, particularly when you’re flying over terrain that includes hills, mountains, and ditches. When flying over these regions, pilots will often default to reverting MSL readings since it is easier for them to understand. Having said that, flying at an MSL altitude will allow pilots to fly over the tallest or biggest obstacle in the vicinity. When it comes to sectional charts, the height of the highest barrier is often stated in both MSL and AGL units.

The vast majority of brand-new drones sold today come equipped with a variety of safety precautions that drone pilots may use to avoid infringing on federal regulations. One of these features is a  built-in altitude ceiling that restricts the drone’s flight to a maximum of 400 feet. Due to the fact that it measures the altitude restriction in AGL units, this does not imply that your drone would refuse to take off if you are at the very top of a building.

Because of this, it is also possible to get a negative reading for your altitude if you take off from a high location and fly in a downward direction. You don’t need to worry about anything, however, since even if you fly your drone at a negative height, it won’t have any problems.

Even the most advanced drones are powerless against the laws of physics, which are much more restrictive than any government regulation. When you fly at higher and higher altitudes, the air pressure begins to drop, making it more difficult for the propellers on your drone to create enough lift to keep it in the air. The drone’s physical capabilities will be limited by factors like its weight, the diameter of its propellers, and the power and efficiency of the motors that drive those propellers. On the other hand, this limit won’t be reached until almost 13,000 feet, which is the same elevation as some of the highest mountains in the world.

Since we are discussing the implications that absolute altitude has on the performance of a flight, it stands to reason that the 13,000-foot limit relates to MSL units. When you attempt to push the physical limitations of your drone, you could not even get 1 foot of AGL elevation at the most.

Flying a drone comes with a feeling of freedom, but it also comes with a sense of duty to ensure that the airspace is kept safe for everyone. The primary goal of the agreed-upon altitude restrictions (measured by MSL vs AGL) for drone flight is to prevent any close encounters between unmanned aircraft and manned aircraft, which could prompt the pilots of the manned aircraft to engage in dangerously evasive maneuvers to avoid collisions with the unmanned aircraft.

You need to be aware of whether altitude values are given in meters Mean Sea Level (MSL) or in meters Above Ground Level (AGL) in order to ensure that you are flying your drone in accordance with the laws set out by both the federal government and the local governments. The ability to differentiate between MSL and AGL may save you from suffering from severe headaches in the future.