The Hesi A2 math section has 6 key topics to pass. Six important and necessary topics, that if you know them well enough, will make all the difference in your exam. These 6 areas of knowledge are integral for anyone looking to successfully pass the Hesi A2 Math Section. After finish this HESI Math review, you can immediately check your Math knowledge with our free HESI practice test. Let’s start!

The first topic this HESI Math Review reminds you of is fractions.

A number that results from dividing one whole number by another is called a fraction. It consists of two parts: numerators and denominators. For instance, a quarter is written as 1/4 where 1 is the numerator and 4 is the denominator. Please note that zero is never placed as the denominator.

Fractions have many aspects such as like, unlike, improper, mixed, equivalence, value, and conversion to decimals. In order to learn these aspects, we will construct a number line.

Example: Place the following numbers on a line from smallest to largest:

In the above example, we can see that: 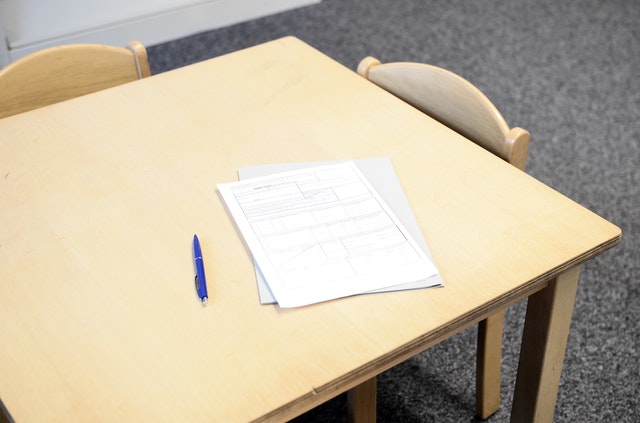 A decimal also represents part of a whole like a fraction. However, a decimal probably has an integer in front of it. For example, 1.5 has an integer of 1 and a decimal of .5 and .5 may be thought of as ½.

Decimals have positions, which are varied by 10. For instance, 74.289 has five positions:

To convert a decimal to a fraction, place the decimal number over its place value.

To convert a fraction to a decimal, divide the numerator by the denominator. If required, you can use a calculator to do this. This will give us our answer as a decimal.

The relationship between two numbers that compare their quantities is called a ratio. The ratio of two terms “a” and “b” can be written as a:b, or “a is to b.”

For the terms of the same unit: You can compare by dividing

Example: Andrea has 40 pens and David has 20. By dividing each quantity by 20, we get a ratio of 2:1 describing Andrea’s pencils in comparison to David’s.

For the terms of different units: Before comparison, you must convert to the same units

Example: A football field is 200 yards, while a basketball court is 100 ft. When both are converted to feet, we can see that the ratio is 600ft:100ft which is simplified to a size of 6:1.

In some cases, the ratio is known and the terms are unknown

Example: Maria received a bouquet of three-dozen red and white roses for her birthday. The ratio of red to white roses was 3:1. How many red and how many white roses did she receive?

It is called a proportion when the ratio is set equal to other ratios. It is denoted by a:b::c:d, meaning the ratio of a & b is equal to the ratio of c & d. Usually, while the 3 terms are known, one of the terms is unknown. We just need to cross multiply the numerators and then solve.

Example: The patient’s weight has dropped 1.5 pounds over the last 4 days. If the rate of weight loss remains the same, how much more weight will be lost in the next 15 days?

A ratio of a:b where b is always 100 is called a percentage.

The following are some of the uses of percentages

Algebra is a branch of mathematics dealing with symbols and the rules for manipulating those symbols. In these equations, we set the left-hand side equal to the right-hand side: LHS = RHS

The equation is still equal “A = B” if we add the same number to the LHS & RHS.

The equation is still equal “A = B” if we multiply the LHS & RHS by the same number.

In algebra, we combine these laws to solve equations by:

Plugging in the answer choices for the variable and see if they make the equation true on multiple-choice exams is a trick to solving the equation.

The correct answer is d)

The last topic in this HESI Math Review is the Metric system.

A standardized method of measuring weight, length, time, and mass is the metric system.

The metric systems account for 12% of the HESI A2 math exam because it is an important part of science. Therefore, it’s necessary for you to have a deep knowledge of the metric systems.

Knowing that each unit moves by a base of 10 is the key to understanding the metric system. For instance, study the table of grams below to see that each value is reduced 10-fold when moving from larger to smaller.

It is a must for you to know how to convert within the metric system.

You will also need to know how to convert from US Standard to the metric system.

In conclusion, to pass the Hesi A2 math exam, you must know how to solve the six topics in the above HESI Math review post. Remember to practice it before going to the Hesi A2 Math exam, it will help you become more familiar with these topics and can easily pass them.