CompTIA A+ certification is one of many distinct certifications available today. Having this credential, on the other hand, provides you with a lot of power. The certificate demonstrates your skill and proficiency as a technician and offers you an advantage in terms of work chances.

Let’s get started with our free CompTIA A+ practice test to pass your actual test with a high score on your first attempt.

CompTIA A+ is a professional certification that demonstrates your knowledge of fundamental technologies. The A+ validates skills in networking, hardware, operating systems, security, virtualization and cloud computing, and other areas. It’s a good place to start if you want to work as a technical support expert, field service technician, help desk technician, service desk analyst, data support technician, desktop support administrator, or anything similar. Obtaining the certification helps to break into the IT industry. However, don’t assume that because it’s an entry-level certification, it’ll be simple to pass and the employment will be low-paying.

Otherwise, the average compensation for the occupations listed above is around $50,000. Entry-level work will pay less at first, but as you gain experience, your potential for greater income improves. CompTIA A+ certified individuals are hired by IT organizations such as Intel, HP, and Dell.

However, it is best to be well-prepared before attempting the certification. The following is a review of the essential CompTIA A+ resources you’ll need to pass the exam, and most of the content below was prepared with the aid of guides used by individuals who passed the examinations and earned the A+. 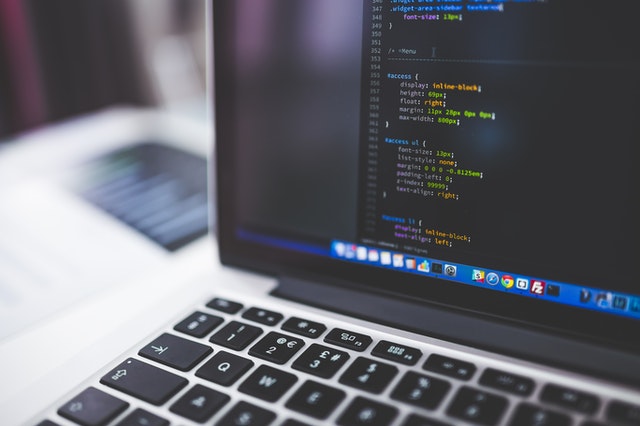 This CompTIA A+ port cheat sheet guide is divided into two sections: The first section contains facts for the first test (220-1001) while the second section has material for the second test (220-1002).

Connect all of the components to the motherboard. ATX, microATX, and ITX are all possible form factors. PCI Express (PCIe) and PCI are two types of extension buses. Intel chipsets communicate with the CPU through DMI or QPI. HyperTransport is the AMD CPU-to-chipset connectivity.

BIOS/UEFI locates, tests, and initializes components before booting to a hard disk, optical disc, USB flash drive, or network through PXE. The time/date and passwords are stored in the CMOS. A CR2032 lithium battery powers the CMOS.

The majority of computations are handled by the central processing unit (CPU) or processor.

Each core has an L1/L2 cache. The L3 cache is shared by the CPU as a whole.

When the heat sink is placed, a thermal compound (paste) is employed. Heat sinks can be active (with a fan) or passive (without a fan). Heat may be effectively reduced using liquid-based cooling systems.

To minimize overheating, a “dual-rail” power supply separates and controls the current in each wire.

Data is stored on hard drives. They are classified as follows:

Redundant Array of Independent Disk (RAID). RAID 0 is for striping, RAID 1 is for mirroring, and RAID 5 is for striping with parity. RAID 10 refers to mirrored sets within a striped set. RAID 0 means that it is not fault-tolerant. Disk duplexing is achieved by employing RAID 1 with two disk controllers.

Changeable media is used by optical disc drives to store and retrieve data.

Among the several optical discs are:

The USB (Universal Serial Bus) interface can support up to 127 devices. USB 1.1 (full speed) operates at 12 Mb/s and has a maximum cable length of 3 meters. USB 2.0 (high-speed) transfers data at 480 Mb/s over a maximum cable length of 5 meters. USB 3.0 (SuperSpeed) operates at a rate of 5 Gb/s. USB 3.1 (SuperSpeed+) has a transfer rate of 10 Gb/s. Ports in version 3.x are blue. Desktops/laptops employ Type A/Type B connections, whereas tablets/smartphones use mini- and micro-connectors. Type C plugs are one-third the size of Type A plugs. Type C also works well with the USB 3.1 specification.

Processing, Charging, Exposing, Developing, Transferring, Fusing, and Cleaning is all steps in the image processing of laser printing.

Printer configuration settings include duplexing (printing on both sides); collation (printing many jobs in a row); and orientation (portrait or landscape). DPI stands for quality (600 or 1200).

They can be manually entered or allocated dynamically (DHCP). Among the IP classes are:

::1 is the loopback address. Unicast

The most popular form of address is IPv6, which is given to a single platform.

Bluetooth is a short-range technology that enables network devices to communicate and connect more easily.

NAT (Network Address Translation) is the process of changing an IP address as it travels via a router. It converts one network to another.

Port forwarding is the process of forwarding an external network port to an internal IP address and port. 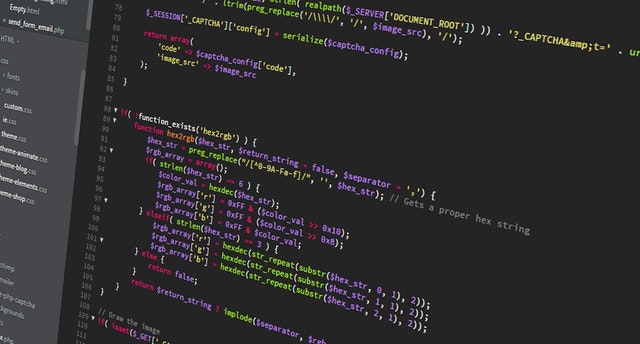 Troubleshooting Theory (CompTIA 6-Step) 1. Identify the issue. 2. Develop a plausible cause theory. (Consider the obvious.) 3. Put the theory to the test to find out what’s causing it. 4. Make a plan of action to tackle the problem and put it into action. 5. Verify that the entire system is operational and, if necessary, devise methods to prevent future problems. 6. Keep a record of your discoveries, actions, and outcomes.

Command Prompt is a command-line program for Windows. To run in elevated mode, do the following: ((Windows 8))) (Windows 7/Vista) Right-click the Start button and choose Command Prompt. Start > All Programs > Accessories, then right-click Command Prompt and choose Run as administrator. All variants: Enter CMD in the search area, then choose with Ctrl+Shift+Enter.

Snap-ins are simple console windows that may be added to the Microsoft Management Console (MMC). Computer Management and Performance Monitor are two examples.

The Registry is a database that stores all of Windows’ settings. You may get to it by entering regedit.exe into the Run prompt. Hives are used to store settings; for example, HKEY LOCAL MACHINE is a frequently updated hive.

Remote Desktop software allows you to see and control the graphical user interface (GUI) of a remote computer.

By default, the %windir% (or %systemroot%) in Windows 8/7/Vista is C:Windows.

DIR is the directory command in Windows. The MD command is used to add directories, the RD command to remove them, and the CD command to browse through them.

Drives can be manipulated in format (creates a new file system) and diskpart (does everything Disk Management does but in the Command Prompt).

A hard disk with MBR (master boot record) can contain up to four partitions, but only one extended partition. Logical drives are sections of a larger partition. The Active partition is the one from which the computer boots, and it generally houses the operating system. A volume is any lettered part of a drive.

A hard disk employing GPT (GUID Partition Table) may contain 128 partitions and go above the MBR’s 2 TB limit. The GPT is kept in several places. A UEFI-compliant motherboard is required.

A service pack (SP) is a collection of updates, bug fixes, updated drivers, and security patches that are installed from a single downloaded file or disc. Service packs are not used in Windows 8 or 8.1.

Backups may be made in Windows 8 via File History, Windows 7 via Backup and Restore, and Vista via Backup Status and Configuration.

System Restore can repair problems caused by faulty hardware or software by reverting to a previous point in time.

F8 activates the Advanced Boot Settings Menu (ABOM), which offers options including Safe Mode, Enable low-resolution video, and Last Known Good Configuration. Safe Mode, which must be activated in Windows 8 if feasible, can boot the system with minimum drivers.

Startup Repair, System Restore, and Command Prompt are among the system recovery tools available in the Windows Recovery Environment (Windows RE).

A stop error (also known as a Blue Screen of Death or BSOD) causes the operating system to halt and displays a blue screen with text and code. Faulty hardware or defective drivers might be to blame for the stop error.

Processes may be terminated using Task Manager or the command taskkill in the Command Prompt. Tasklist displays a list of presently executing processes.

Protocols for wireless encryption include:

Malicious software includes: This is referred to as malware, and it comprises the following:

Read more >> CompTIA A+ Cable Types & Connectors with Their Purposes 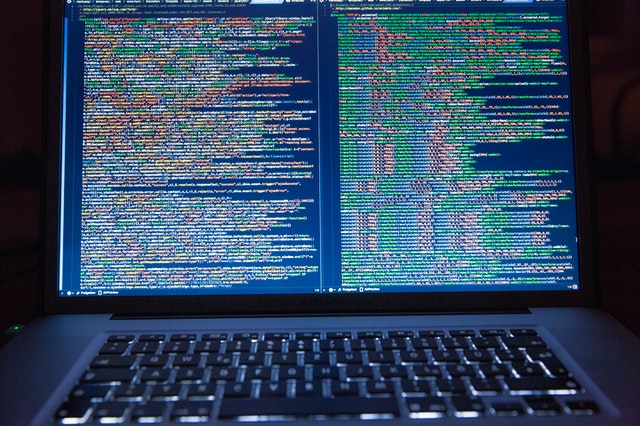 Fixing a system that would not boot is one of the most difficult things to accomplish while troubleshooting a system. The A+ Certification examinations assume that you are familiar with the various recovery options available in Windows. This table discusses prominent recovery tools and where you can access them – make sure to know these for the A+ Exam.

A+ Certification From CompTIA

We hope you find our CompTIA A+ study guide useful. Remember that each exam takes 90 minutes to complete. And, while the certification is intended for novices, it serves as a springboard for further growth in any IT job path you choose. Whether you want to be a field service technician or a desk support analyst, CompTIA A+ is an excellent place to start in your IT career. The certification is utilized all over the world by persons with IT experts who desire to get certification in order to advance/get a new job or command a higher wage in the expanding IT industry.

Take advantage of other free resources to avoid having to redo the examinations. With enough time and work, you may soon get certified and then be on your way to achieving your professional objectives. The CompTIA A+ certification is highly recognized in the IT industry and many other fields. As a result, it is acknowledged by large organizations such as Nissan, BlueCross BlueShield, Dell, HP, and many more. CompTIA recommends that you have nine to twelve months of experience before completing the two A+ certification examinations, as previously indicated.

CompTIA A+ certified experts have a track record of issue solving. They support today’s essential technologies, including security, networking, and virtualization, among others. CompTIA A+ is the industry standard for starting a career in information technology in today’s digital environment. The CompTIA A+ Core Series requires candidates to complete two tests: Core 1 (220-1101) and Core 2 (220-1102). These examinations include the following new topics, highlighting the technologies and abilities required by IT professionals to support a hybrid workforce. However, to achieve good results in the CompTIA A+ exam, you should study carefully through the exercises. Besides, the Comptia A+ cheat sheet is also a good choice that you should pay attention to.