Drone mapping is being used by an increasing number of construction projects to boost productivity, effectiveness, and accuracy. The act of capturing photographs from the air and then using technology to graphically “stitch” them into a 3D mapping of a site is known as drone mapping (also known as aerial surveying). In this article, we will provide you with a comprehensive view of what drone mapping is and how to use it in the topographic survey. 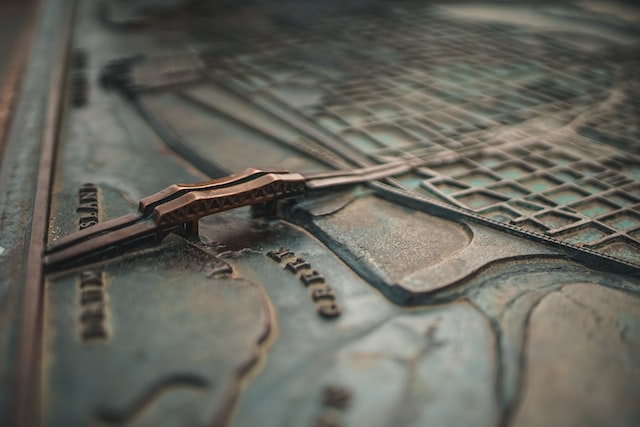 What Is Drone Mapping?

A drone with specialized cameras, which may include RGB (utilized for photogrammetry), hyperspectral, thermal, or LiDAR sensors, is used to carry out an airborne survey that is referred to as drone mapping.

The gathering of data with this approach may be done extremely rapidly and with a high degree of precision. According to one of the findings, drone mapping can capture data at a rate that is more than 90% quicker than traditional approaches. It also provides a safer method of getting data, since it eliminates the need for personnel to trek through hazardous terrain or operate at heights. Instead, the drone can perform the job for you, saving you both time and money.

This data may be processed by drone mapping software to produce a variety of assets, including 3D models, 2D maps, and digital elevation models. These assets can then be used to extract useful information, such as very precise measurements and volumetric computations.

This information enables informed decision-making, provides valuable insights – together with identifying mistakes or issues and maintaining a current with the advancement of a project – and helps streamline efficient communication with coworkers, stakeholders, and the public.

How Does Drone Mapping Work?

Before we get into the specific applications of drone mapping, first let’s ensure that we possess a solid basic grasp of the process itself, which is referred to as photogrammetry.

Photogrammetry is defined as “photogrammetry is the science of making measurements from photographs,” as stated on photogrammetry.com. The process of photogrammetry takes [aerial] photographs as input, and it typically produces a map, a rendering, a measurement, or a 3D model of some real-world object or scene as its output. Photogrammetry is frequently utilized in a variety of fields, including topographic mapping, construction, mechanical, industrial production, quality assurance, and even government investigation, to name a few of these applications.

The gathering of data on a topic is the initial step in the process of creating a digital representation of reality. In most cases, this is performed with the use of a drone or a small unmanned aerial vehicle (sUAV), which flies a grid-like flight plan over the property in question, taking hundreds of images from a nadir (straight down) or oblique (30–45 degree angle) viewpoint.

What Are the Benefits of Using Drone Mapping? 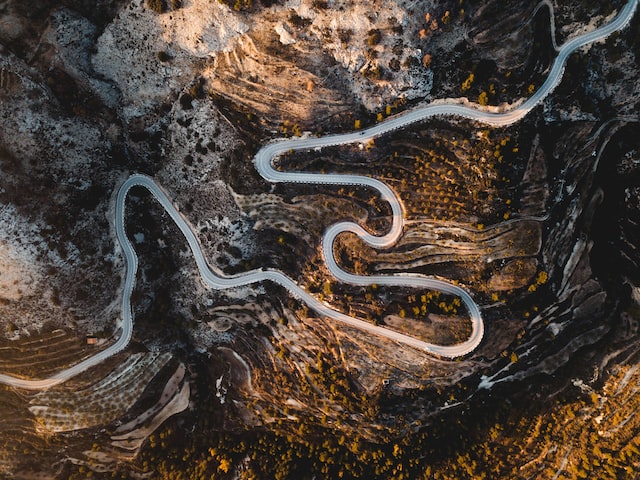 The capacity to make effective use of financial resources is at the forefront of the thoughts of the majority. The wonderful thing about drone technology is that you probably already save your budget. In addition to integrating into your already established budget allocations, drone mapping may also enhance the company’s budget and the amount of time on other projects.

A typical ground survey crew could require a month to map a hazardous 100-acre site, but a mapping drone can do the same operation in less than half an hour. Drones are also safer than traditional ground survey teams. Because of the improved speed and automation that it delivers, drone mapping enables businesses to securely take on and finish more work for more customers, in more locations, in a shorter amount of time.

Drone mapping can not only enable autonomous flights but also remove various dangers that are often connected with land surveying, such as the use of dangerous equipment and the potential for serious accidents. A drone can autonomously scan a site, collect a comprehensive aerial mapping of the site, land back at its launch point, and upload its model and data to a secure cloud in a matter of minutes with the click of a button. This process may be repeated as many times as necessary.

In addition, nobody is in any danger of suffering severe harm throughout any part of this operation. The use of drone-based photogrammetry to monitor the erosion of coastal cliffs in Brittany in order to avert possible loss of life and property serves as an excellent illustration of this concept.

Drones produce thousands of precise data points by using a multitude of sensors at various angles to collect information. This information may include geo-referenced, elevation points, and colors. After that, the collected data points may be included in a three-dimensional point cloud, which will provide the customer or surveyor with a comprehensive viewpoint and analysis of the project.

Land surveyors now have the option of using drones that can be flown autonomously with only the touch of a button rather than a combination of theodolites, infrared reflectors, and GPS devices. These drones are capable of providing outcomes that are comparable to those produced by the aforementioned tools. Additionally, this would make it possible for the surveyors to be secure, reduce the amount of time they spend on each trip, and either save money or re-budget it.

Read more >> How To Find The Registration Number For DJI Fly App?

How to Start Drone Mapping?

There are several tools available to assist in drone mapping, which is fantastic news for fresh drone mappers. You can find out where it is safe to operate your drone by using applications like OpenSky. Others automate drone mapping flights, such as Pix4D Capture. 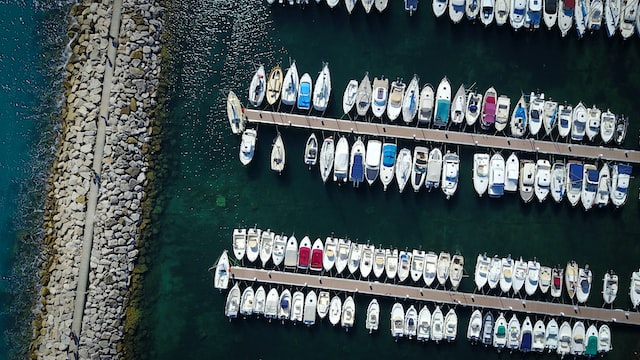 Simply select the mapping region, the overlap and sidelap percentages for the photos (we suggest beginning at 80% for both), and the flying height. The most effective route for the drone to fly in order to collect that data will then be automatically generated by the app.

We generally suggest 80% overlap and sidelap. While sidelap refers to consecutive flight lines or runs, overlap measures the distance between consecutive photographs. Being adaptable is thus a key thing to have in order to achieve the greatest results from your drone mapping. You may be able to lessen overlap and sidelap if the region you’re mapping has a lot of distinguishing characteristics. You can map a bigger region in one trip with less overlap and sidelap, but post-processing problems are more probable.

The techniques you utilize may need to be adjusted each time you map a new location or under special circumstances. Before doing any significant mapping flights, it is often worthwhile to conduct a test flight to ensure that the data are of high quality.

Although every drone has a GNSS (containing GPS) transmitter, its accuracy is often just a few meters. You need to employ GCPs, PPK, or RTK systems to gain greater precision.

The conventional approach for increasing the preciseness of drone mapping is to use GCPs. GCPs are known-position spots on the ground. They offer a mechanism to verify and improve the orthomosaic’s georeferenced correctness. The orthomosaic’s geographic placement is more precise the more GCPs there are. However, it may take a while to spread out several GCPs throughout a mapping region, and it’s not always practicable (e.g. mapping marine ecosystems).

PPK and RTK methods, two more recent technical innovations, also seek to do away with the necessity for GCPs. In order to rectify and enhance the accuracy of the drone’s location, both techniques make use of a base station that continuously records its position. As its name implies, post-processing kinematic systems do this adjustment as part of post-processing. Real-time kinematic systems, in contrast, carry out this adjustment while the drone is in flight.

The simple answer is NO. Drones are, objectively speaking, the best tool in a surveyor’s toolkit since they increase surveyor efficiency and then provide customers with superior information. However, they are simply a tool without a surveyor; to be used efficiently, they need a person with the necessary training and expertise.

Let’s use drone mapping appropriately and effectively. While they cannot replace surveyors, in practice they can fulfill up to 80% of your terrain processing requirements.